Additional to the Executive Board, APSCA is serviced by a dedicated, multi-stakeholder Board with independent, brand, retail and collaborative program representation. 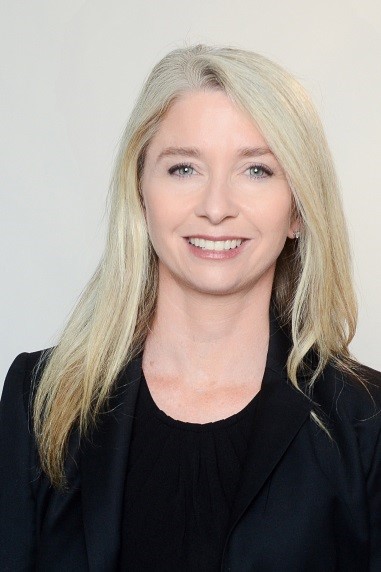 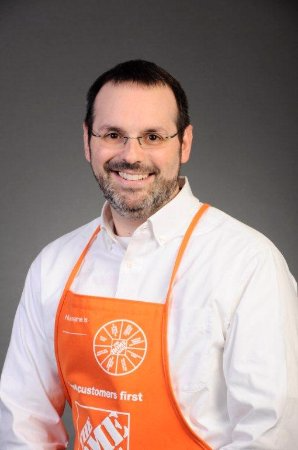 Todd Nash is the Director of Responsible Sourcing at The Home Depot in Atlanta, GA.  Todd has over 20 years of Retail experience in the areas of regulatory compliance and responsible sourcing.  He joined The Home Depot in January 2011 and is responsible for working with teams throughout The Home Depot, their affiliates, divisions, subsidiaries, and supply chain partners to conduct business in a responsible and ethical manner.  Todd also leads the effort for The Home Depot to comply with the SEC Conflict Minerals rules.

Prior to joining The Home Depot, Todd led the Global Product Compliance teams at Amazon.com, was responsible for regulatory compliance at West Marine, and partnered with multiple U.S. government agencies as a consultant with Booz Allen & Hamilton.

A native of Rhode Island, Todd holds a B.A. degree from the University of Rhode Island in Political Science and English.  Todd also received his Master’s degree in Public Administration from the Maxwell School of Citizenship and Public Affairs at Syracuse University. 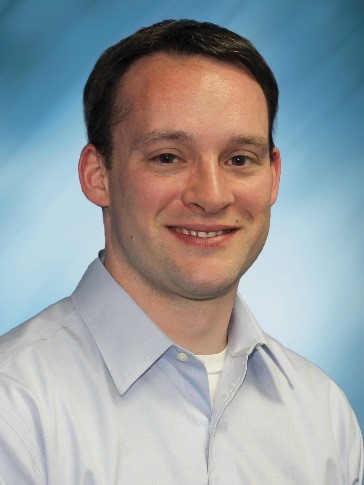 Brendan Morrissey is the Senior Director for Governance on the Responsible Sourcing team at Walmart. In this role, he oversees the development of standards and controls to mitigate supply chain risk and alignment of the Responsible Sourcing program with corporate values, Walmart’s Human Rights Statement, and corporate policies. Brendan is responsible for maintaining Walmart’s Standards for Suppliers and other key policies and procedures, designing and operating the Responsible Sourcing audit program, managing cases and investigations, risk assessment and planning, supplier and facility administration, and internal and external Responsible Sourcing awareness.
​
Prior to joining Walmart in 2015, Brendan was an attorney practicing appellate and commercial litigation with Wiley Rein LLP in Washington, D.C. and a law clerk to a judge on the United States Court of Appeals for the Sixth Circuit.
Brendan holds a JD from the University of Akron in Ohio and a BA from St. Bonaventure University in New York. He and his wife have four children and reside in Bentonville, Arkansas.

Florian Schütze is Head of Supply Chain Compliance at Lidl International and overseeing CSR purchasing activities across all Lidl countries.

A globally respected professional, Florian has a proven track record of understanding and working with global supply chains from a retailer perspective, focusing on the integration of social and ecological developments in international food and nonfood supply chains.

Starting over a decade ago, Florian is responsible for the development and integration of a systemic monitoring system to measure and development the corporate responsibility performance of international Food and Non-Food suppliers in risk countries. Auditing as an instrument through BSCI, SEDEX and other global food standards such as Global GAP have become a central cornerstone to evaluate the CSR performance of business partners. As business decision depend upon this, it is essential to ensure a high level of quality standards for auditors.

Prior to 2006, Florian held various leading positions in the international sales department of Lidl and was Head of Technical Buying at Lidl Sweden being responsible for the negotiations and the quality assurance of capital goods for internal operations at store/ warehouse level.

Florian began his professional career in 2002 at Lidl International having completed an International Bachelor Degree in Business Studies and Marketing at the University of Brighton in the United Kingdom. 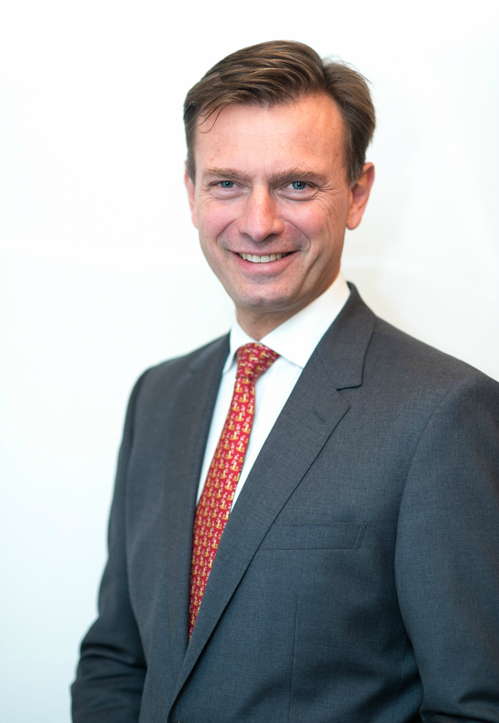 Christian Ewert is the President of amfori. Prior to this role, Christian worked as President and CEO of ICTI CARE Foundation, the International Council of Toy Industries’ (ICTI) program, to promote social compliance in the supply chain producing for the toy and children’s products industry. Christian previously worked as the Chief Operating Officer and Member of the Board of Zapf Creation, Europe’s leading manufacturer of branded play & function and collector dolls and doll accessories. For more than 10 years he held the position of Managing Director and Chairman of North Sails Lanka which is the leading manufacturer of products for the windsurfing industry, operating two factories and employing more than 1000 staff. Christian had previously held the position of CEO of Mistral Sports, the market leader in the windsurfing industry. 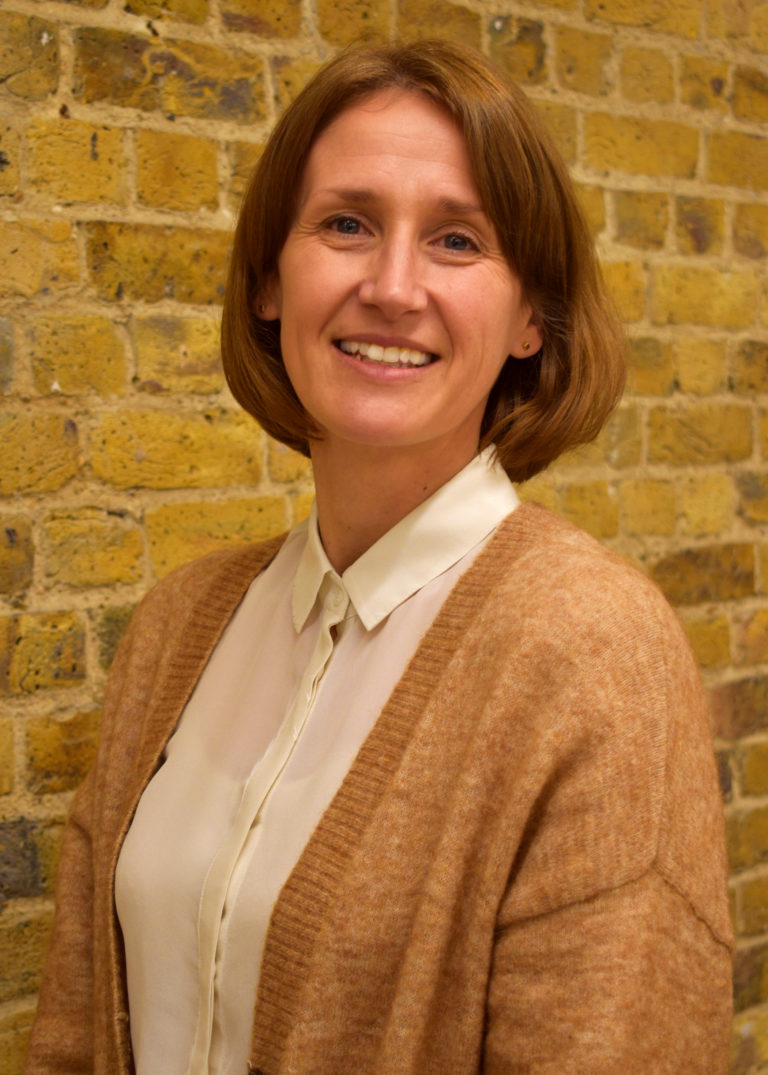 Magali Martowicz is Sedex’s Director of Responsible Sourcing. Magali is passionate about making a genuine difference in the lives of workers and brings 12 years of responsible sourcing experience with her. Prior to joining Sedex in 2019, she spent close to 10 years at Impactt, a leading UK ethical trading consultancy and has worked as a consultant for the ILO and the Inter-American Development Bank.

At Sedex, Magali leads the development of the responsible sourcing function, from strategy through to delivery , including our star products such SMETA and Risk Assessment Tool – Radar. Magali holds a MSc in Development from the London School of Economics and a Masters in Management from SKEMA, a leading French business school. 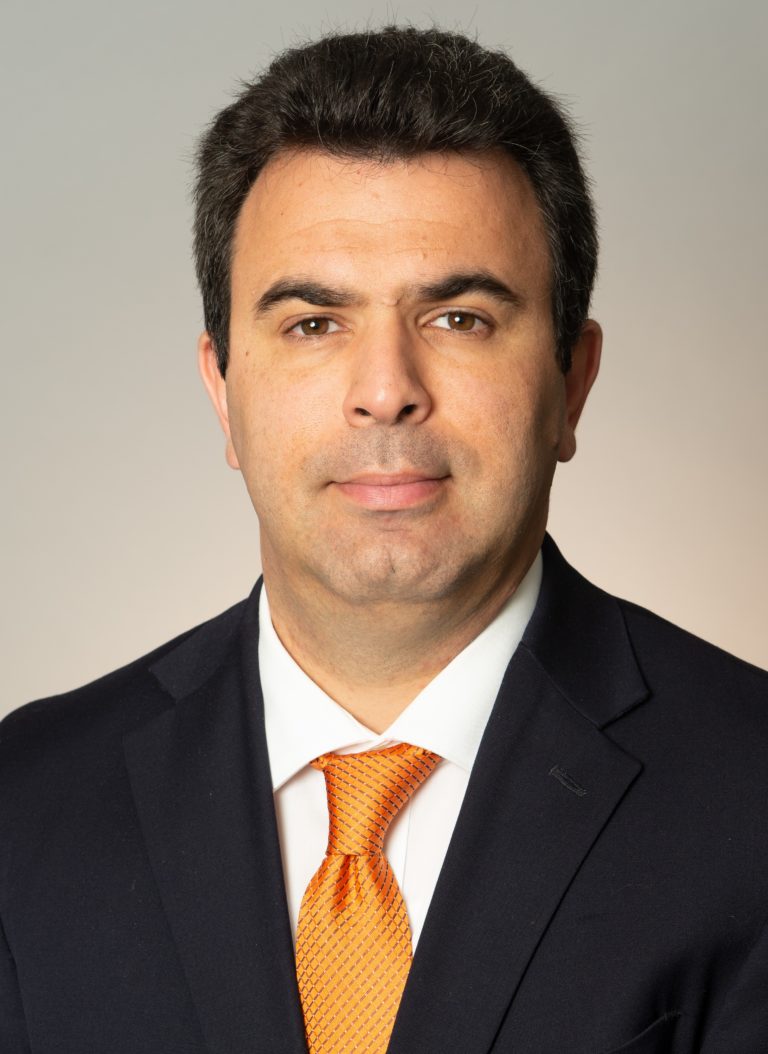 ​Avedis H. Seferian joined WRAP in 2004 and became its President and CEO in 2012. He has extensive knowledge of social responsibility issues within the highly complex worldwide supply chains of the apparel, textile and footwear sectors. A recognized expert in the area of social compliance and responsible sourcing, he often speaks on topics in this field at different forums around the world and has contributed to many leading trade publications and news outlets. Mr. Seferian is the Chairman of the Executive Board (and a member of the Stakeholder Board) of the Association of Professional Social Compliance Auditors (APSCA) and sits on the Impartiality Committees of several audit organizations; he also served on the Board of Advisors of the Alliance for Bangladesh Worker Safety.

Mr. Seferian began his career working for a business research and development organization before migrating over to legal research. Prior to joining WRAP, he was with a small law firm in Washington, DC. Mr. Seferian has also taught in various capacities in the business and legal arenas, including as an adjunct professor at the University of Maryland University College. He speaks five languages, has lived in four countries and holds three degrees from three continents – a Bachelor’s in Economics from St. Stephen’s College, Delhi University in India; an MBA from the American University of Armenia; and a Juris Doctor from the Georgetown University Law Center in the United States, where he was a Law Fellow and made the Dean’s List.

Mr Seferian is a member of the American Bar Association and the Virginia State Bar. He resides in Fairfax Virginia with his wife and their 2 sons. 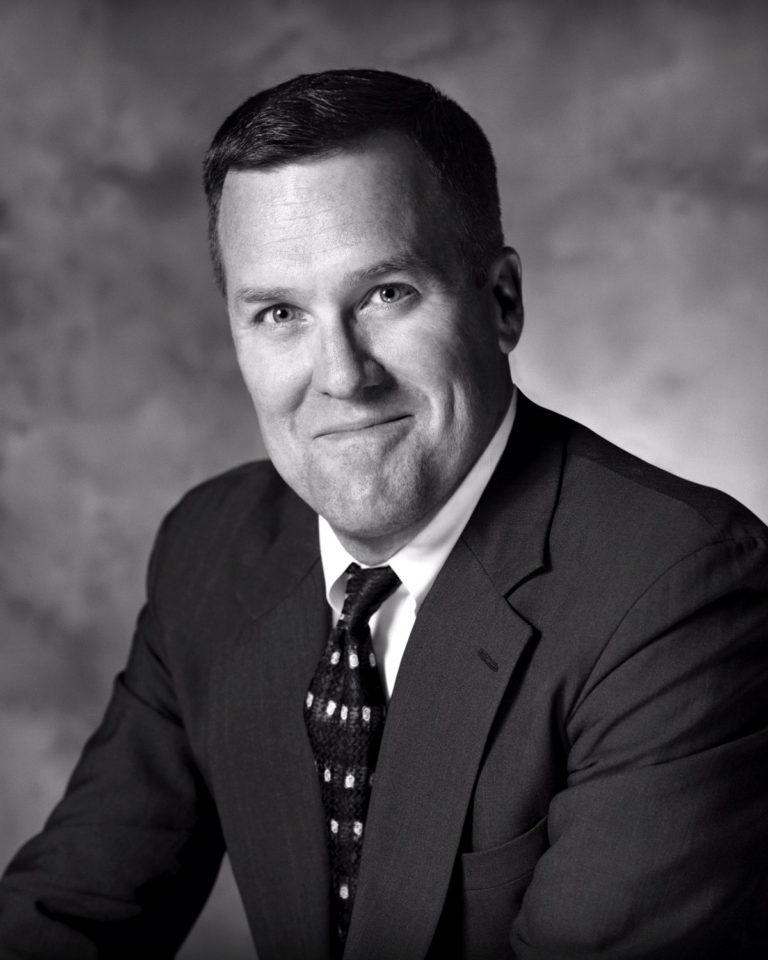 Mark Spears is an eternal optimist who believes meaningful progress results from inclusive collaborative engagement. Having retired from The Walt Disney Company after nearly thirty years, he devotes his current efforts to promoting positive Environmental and social change. In his spare time, he scours the world for emerging artisan coffee roasts and craft beer styles.

Along with supporting APSCA via membership on its Stakeholder Board, his focus areas include serving as the Co-Chair of Sustainable Brands Advisory Board Executive Council, supporting the social entrepreneurship program at his alma mater as board member, advisor and Senior Fellow and contributing as co-founder of the Los Angeles County Chief Sustainability Officer Strategic Taskforce.

During his Disney career, Mark served in a number of senior business roles ranging from finance and strategic planning to corporate responsibility and sustainability. He served as Disney Consumer Products’ inaugural chief sustainability executive and led Disney’s involvement with The Sustainability Consortium as its first corporate Lead Director. Mark also directed Disney’s International Labor Standards program for ten years addressing labor standards and human rights in the Company’s licensing and vendor supply chains and serving as the Company’s primary spokesperson.

Before joining Disney, Mark was a senior consultant and audit professional at Arthur Young & Co. in Los Angeles and Beverly Hills, specializing in the Firm’s media and entertainment, engineering and construction, and litigation consulting practices.
​
Mark holds a B.S. in Business Administration from the University of Southern California. He is also a certified public accountant and a former member of the American Arbitration Association. 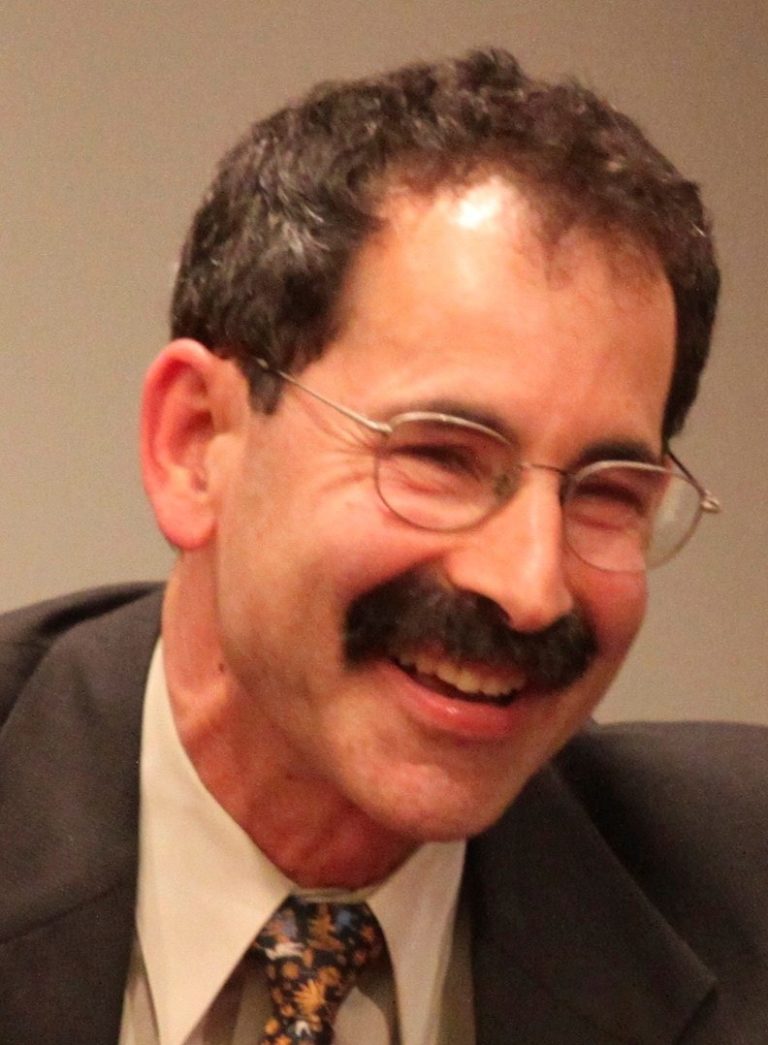 Doug Cahn has been a pioneer in corporate responsibility initiatives for over 25 years. He co-founded Better Buying TM in order to help eliminate purchasing practices that lead to poor workplace conditions. He heads Clear Voice to promote the use of effective grievance mechanisms through independent and confidential worker communication channels. He serves as global project director for the Amader Kotha Helpline which reaches 1.5 million workers and receives and resolves over 500 worker concerns each month in Bangladesh. He co-founded the Fair Factories Clearinghouse to streamline audit data management and facilitate sharing, he designed the first soccer ball factory in Pakistan guaranteed to be free of child labor, and has contributed to numerous other workplace innovations. He served as a founding member of the Board of Directors of the Fair Labor Association and is currently a member of the Board of Directors of Verité.
​
Doug created The Cahn Group, LLC, a consultancy dedicated to promoting long-term business success by providing corporate responsibility solutions to companies and communities in 2006, a position he continues to hold. Prior to that he spearheaded Reebok International’s human rights programs for 15 years. 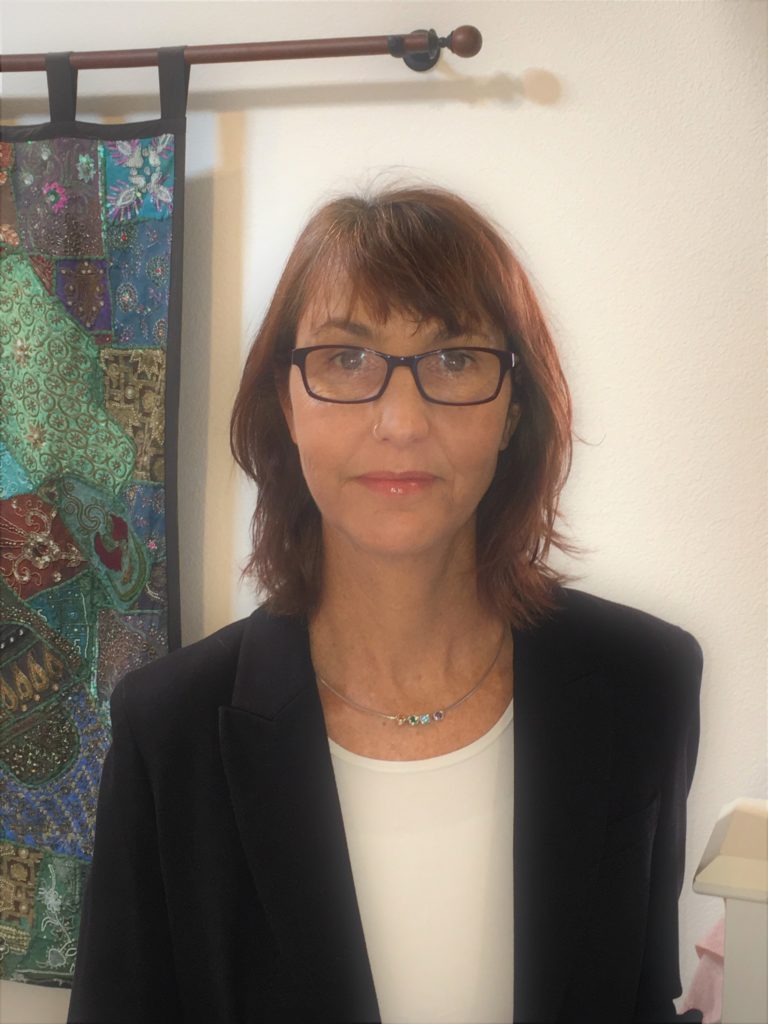 Elisabeth Bystrom is the Senior Program Manager, New Sector Development and Capacity Building at GoodWeave International. She is leading the work to implement the GoodWeave model for ending exploitative labor in supply chains beyond the carpet sector. Elisabeth is responsible for managing GoodWeave’s role in the Better Bricks Nepal program, developing and implementing the Better Brick Nepal Standard aimed at improving labor conditions for brick kiln workers in Nepal.

Prior to joining GoodWeave, Elisabeth worked with trade justice and voluntary sustainable standards and certification systems in her role as Senior Manager in Standards at Fairtrade International where she led the development of the Fairtrade Textile Standard and managed the Hired Labor Standard. She also has a background in training and education and worked at University of California Davis Extension, Center for Program Innovation. 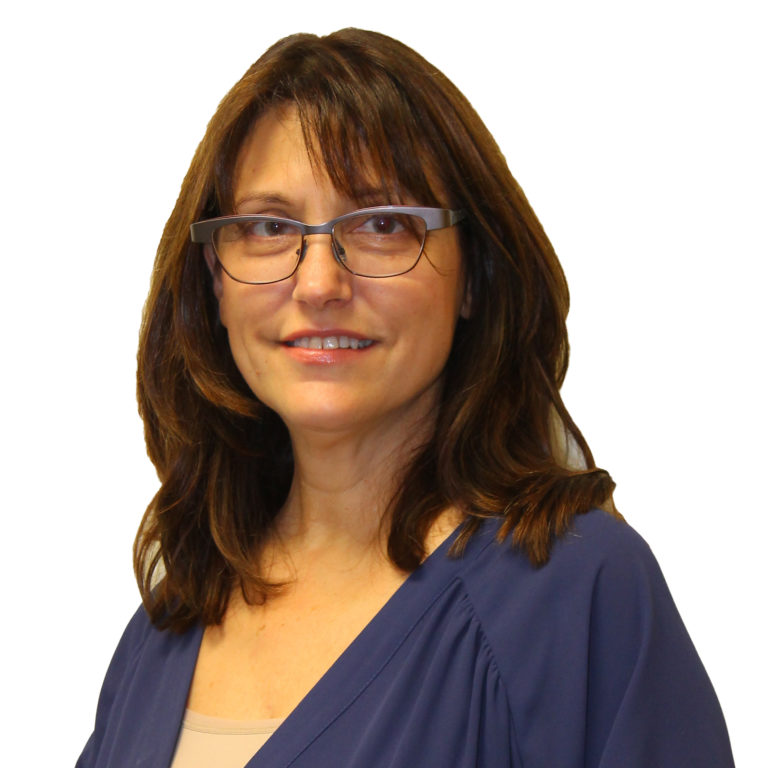 Mrs. Rochelle Zaid serves as Senior Director for Standards and Impacts at Social Accountability International. She is responsible for the management of the SA8000® Standard for decent work, overseeing its applications and impacts.
Mrs. Zaid has previously served as Executive Director for Social Accountability Accreditation Services (SAAS), which evaluates, accredits and monitors organizations that demonstrate competency to audit and certify organizations that conform to social standards. Prior to joining SAAS, Mrs. Zaid worked as outsourcing manager with Country Miss Inc. and was the project administrator for social accountability at Eileen Fisher. 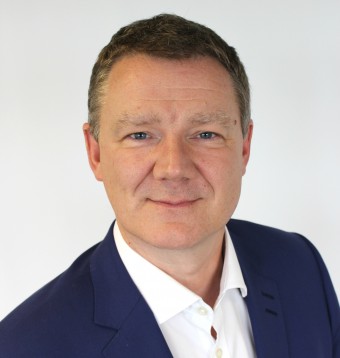 Jonathan Ivelaw-Chapman is the Senior Vice President and Chief Operating Officer of the Responsible Business Alliance. Jonathan has overall responsibility for ensuring that the RBA achieves its strategic objectives, working with the President, and the RBA board, with a clear view to meeting the needs of RBA members worldwide.

He has considerable experience working with businesses at different stages of the supply chain, including being the previous Chief Executive Officer of Sedex. He is an expert in corporate technology, large scale data analytics, and operational general management, and has worked across a number of industries and vertical markets in his varied career in supply chain management.

In the 18 years before joining the RBA, he was the CEO of Sedex, and he worked extensively within large organisations, giving him a clear view of the supply chain issues facing companies and the corporate and social responsibility that comes with a being reputable and sustainable brand. Companies he has worked with include SAP, Centrica, Deutsche Telekom, Glaxo SmithKline (GSK), Rexam, T-Systems, Ebiquity Plc and, more recently, EMCOR Group Plc and Sedex Group, as both independent non-executive director for technology, then as CEO.